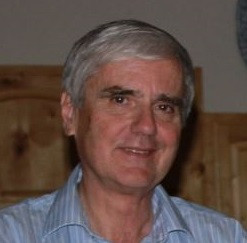 The investigation of water-use efficiency of trees has been further pursued by Leavitt through completion of an unsupported project by re-sampling a 14-site Southwestern pinyon pine between 1999 and 2003 in the US Southwest. This network had been developed in the mid-1980s with analysis of pentads, and stable-carbon isotope analysis has been completed to bring the chronologies up to 1999 with single-year analysis from 1985-99. These data are additionally being used to explore relationships with environmental moisture. Ponderosa pine and Douglas-fir isotope studies in the US Southwest have also been conducted associated with NSF Grants of PI Dr. Connie Woodhouse and PI Dr. Russ Monson.

Much of Leavitt’s efforts over the last decade have involved ongoing investigation of wood from ancient buried forests from around the Great Lakes area. The focus of the study is the Younger Dryas period, and Leavitt and Dr. Irina Panyushkina have collaborated to assemble a massive collection of ancient wood from the area spanning the period from about 4,000 to 15,000 years ago, representing ca. 15 different sites. Some of the wood had been previously collected by other researchers, but a large number of new pieces were collected in this effort. Standard ring-width techniques have been applied to develop floating chronologies, and stable isotopes have been used to further infer past environmental conditions. This study has involved collaborations with more than a dozen researchers, most of whom are located in the Midwest. The centerpiece of the project has been full tree-ring characterization of a Younger Dryas-age black spruce site from Indiana and a thousand-year ring-width chornology from the Bølling–Allerød period 14,000 years ago.